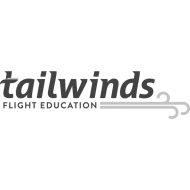 Back to home
Menu

Tailwinds is a small flight school with two airplanes and a state-of-the-art flight simulator and a group of amazing flight instructors who are passionate about teaching people to fly. 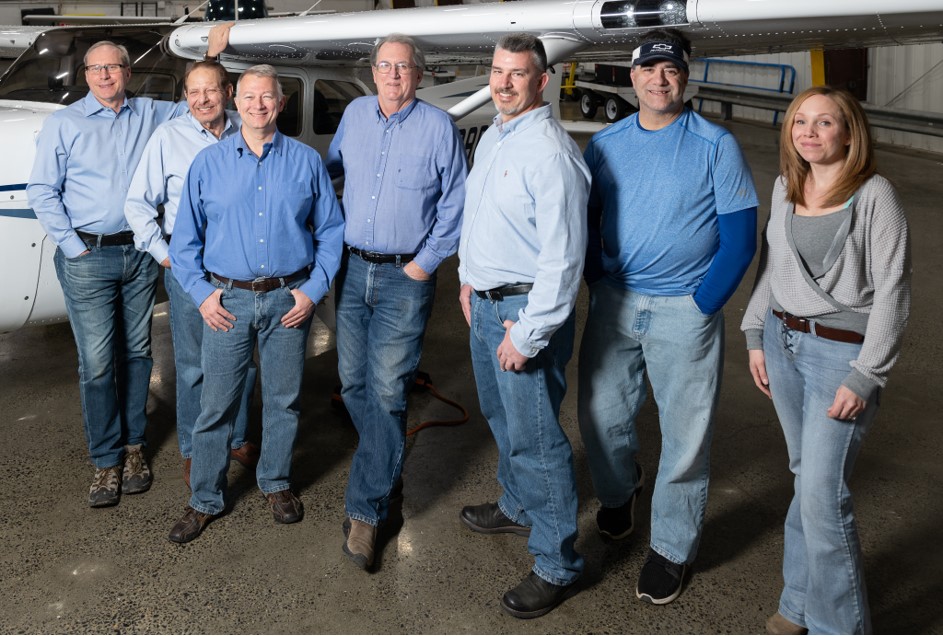 Currently we are able to offer these courses: 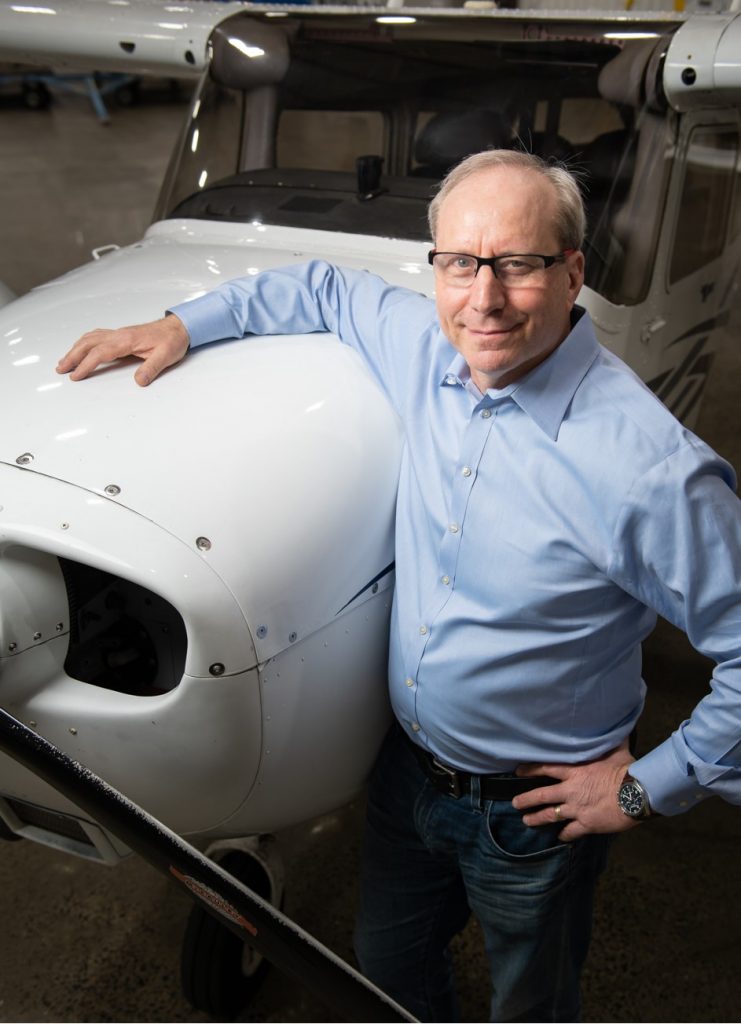 With some 25-years of experience as an educator, Howard came to aviation with a passion for teaching.  He holds a Master’s Degree in Education (Boston University), is a Certified Flight Instructor and an Advanced Ground Instructor.  He is happiest when teaching – in the classroom or working one-on-one with students. Extraordinarily patient (I’ve raised 3 kids and 3 dogs) Howard uses humor with lots of motivation, inspiration and encouragement to help his student reach their goals. He is a great communicator and relationship-builder, advocate for aviation and a true mentor. 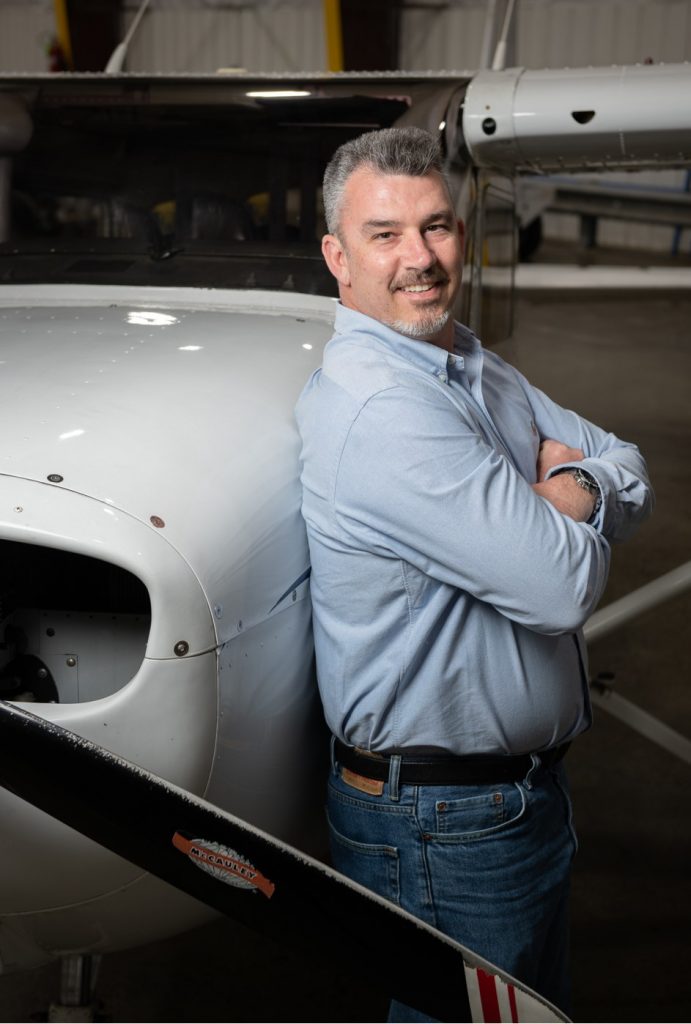 When Jason Court was 13 years old, he caught sight of an aircraft carrier while fishing with his father off the coast of California. At that moment, he knew he wanted to be a Naval Aviator. He joined the U.S. Navy in high school. After college, he flew for the U.S. Navy, a 28-year career that took him around the globe, from Pensacola to San Diego to Okinawa to Bahrain and back to Pensacola, where he instructed in helicopters for his last ten years. Jason still loves to travel and is proud of the fact that, by teaching his students how to fly, he’s giving them a key to the rest of the world. In his spare time, Jason restores British sports cars, goes to Formula 1 races with his two sons and his wife, who keeps him grounded as he leads a life of adventure. 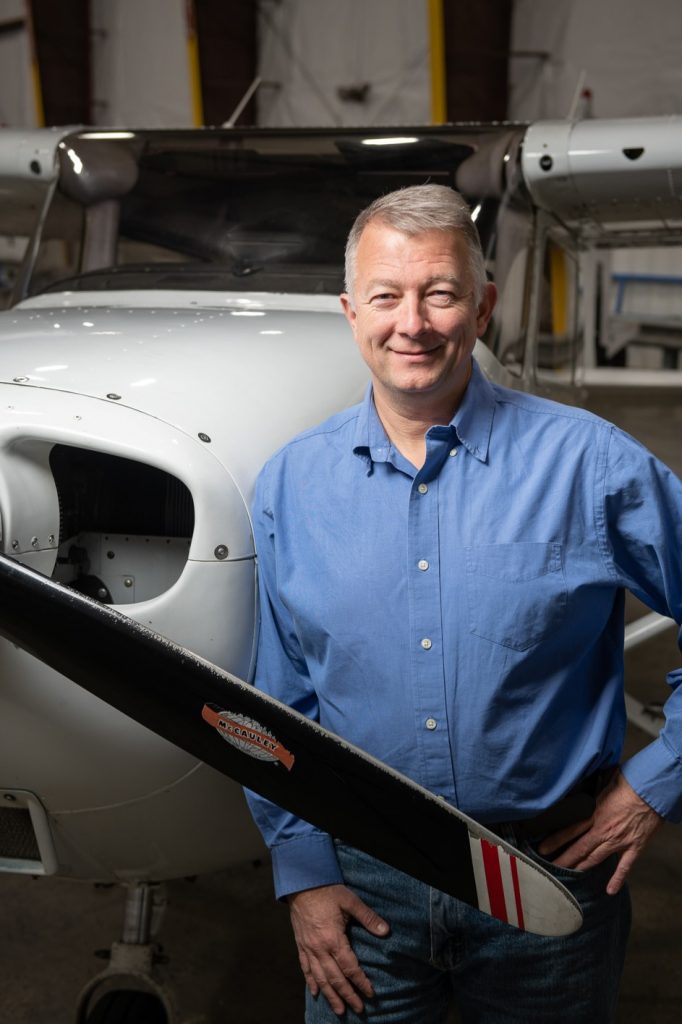 Doug Edge, a dedicated pilot and patriot, flew helicopters and taught flying lessons for the U.S. Navy for nearly 20 years before coming to Tailwinds. He’s lived in Pensacola, New Orleans, and even Hawaii. And though he says he borrows his teaching style from his superiors in the military, he’s far from intimidating—in fact, his favorite pastime is spending time with his son. Doug loves flying so much, that he often wonders why he gets paid for it. He’s grateful he gets to pass that passion onto his students. 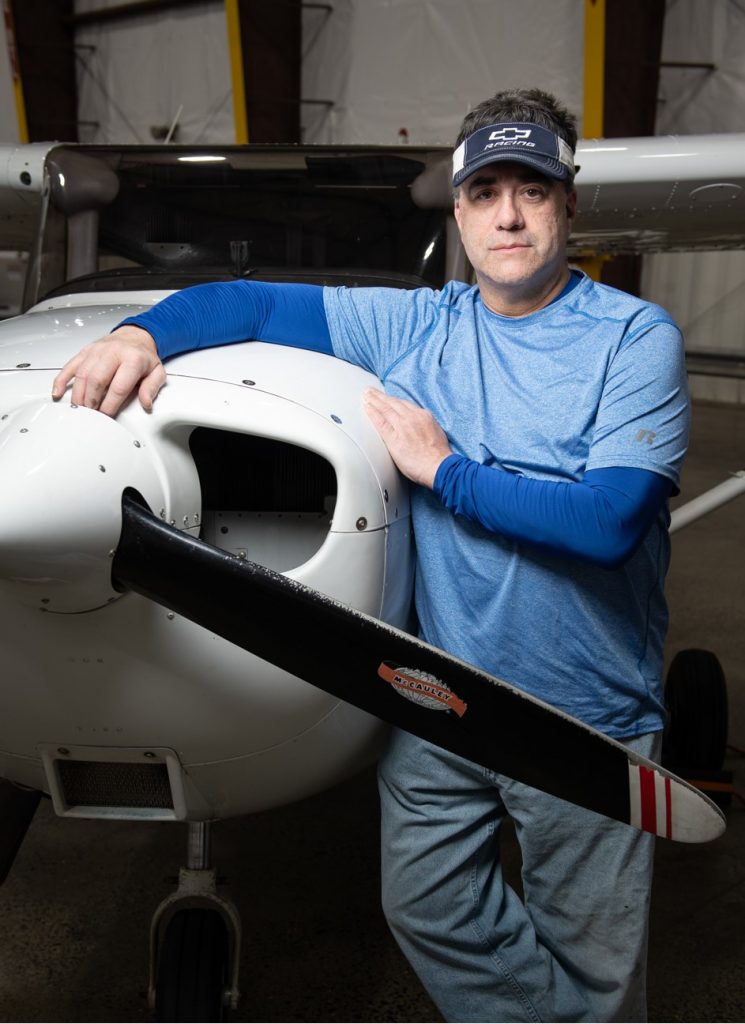 Mike Senica isn’t your average pilot. Before becoming a pilot Mike spent some time as a professional wrestler. In between flying gigs, Mike spends his time as a NASCAR truck racer and promoter. Always building toward his empire, Mike also runs his own vending machine business and studies law at Drexel University. Much like the other jobs in his storied career, Mike enjoys flying because it keeps him on his toes. He also likes mountain biking, cooking and traveling. A true risk-taker, Mike prefers a hands-off approach to teaching, letting his students learn by taking the plunge and making mistakes. He loves that, through passing on his expertise, he’s paying it forward and helping others experience the joys of flying. 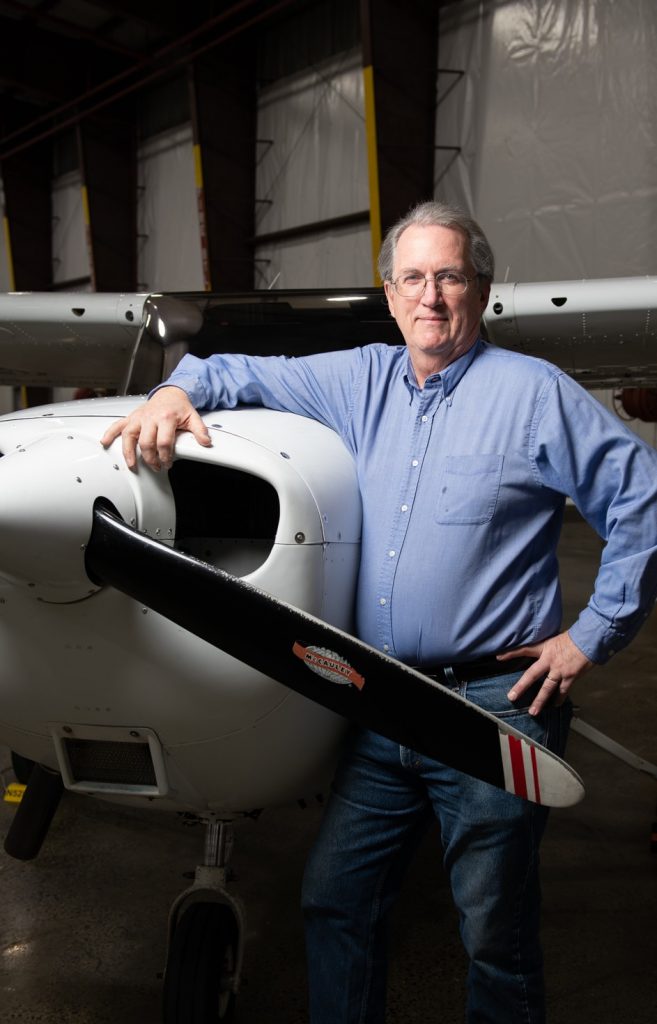 Growing up in a small farming community in West Tennessee, Bob Smith dreamed of being a pilot—but that dream always seemed unattainable. Instead, he served in the U.S. Army in Germany before moving to Pennsylvania to take a job as an industrial chemist. Bob decided to pursue his childhood aviation ambitions. Now he boasts 20 years of flying experience in the Greater Philadelphia area. He enjoys gardening, woodworking and spending time with his wife and two children. As a flying instructor, Bob aims to accommodate each student’s unique learning style and build a relationship based on trust and respect. He loves that, through his job, he can help others chase the same dream he harbored as a boy 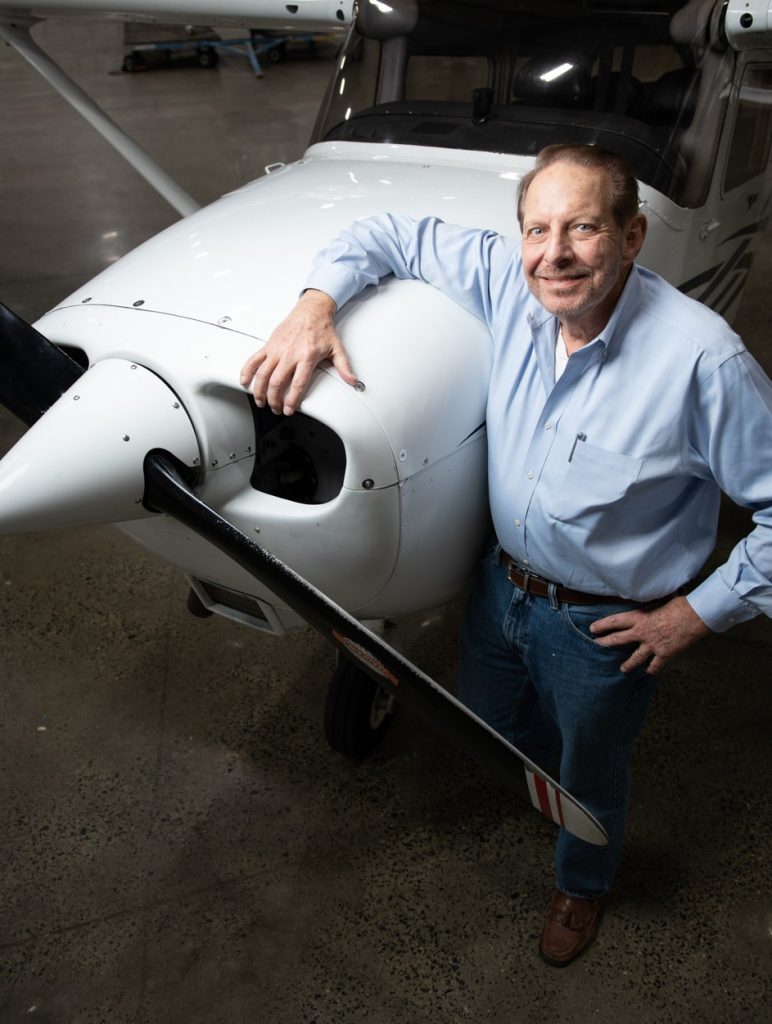 Paul Weintraub never shies away from a challenge. The western Pennsylvania native has worked in France and founded multiple furniture sales companies, both abroad and in the U.S. When he’s not running his current business and travelling the world with his wife, two sons and grandchildren, Paul is tackling his favorite challenge of all: flying. With over 25 years of experience in aviation, Paul is a seasoned instructor who is determined to help each of his students succeed, in flying and in life. He even counts some of his former pupils among his closest friends, and when his students tackle a major milestone, he feels like a proud parent. Paul is also part owner of a Piper Saratoga, as well as an experimental aircraft. 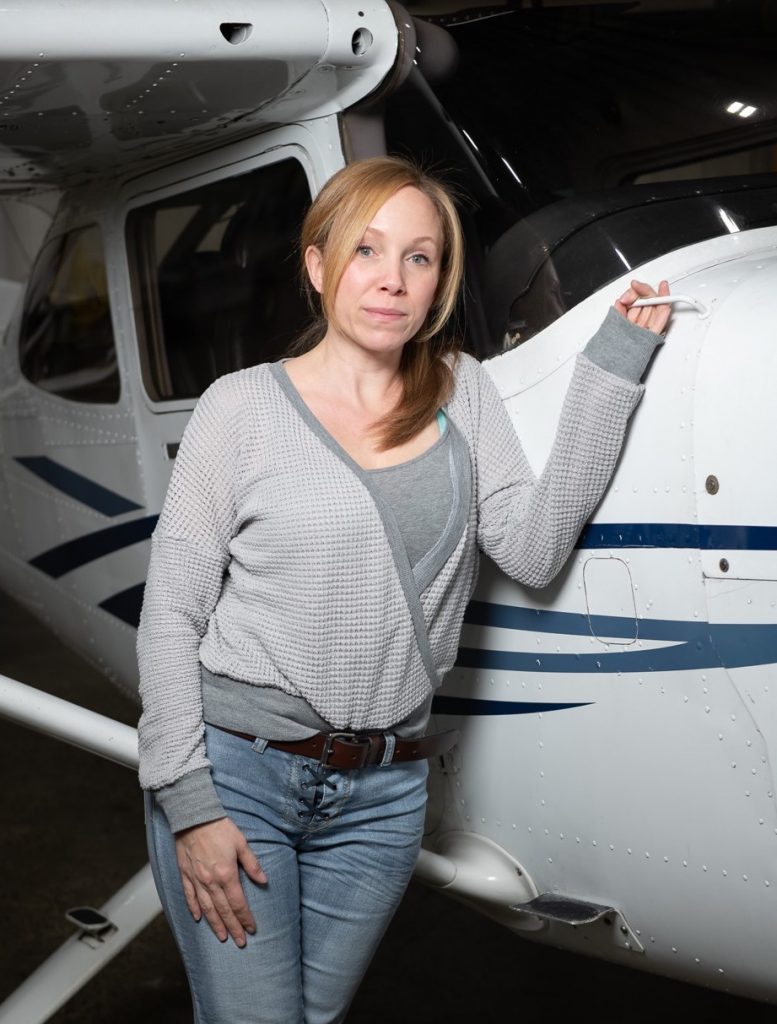 Bonnie Day has always had her eye toward the sky. She grew up near Northeast Philadelphia Airport, where she watched planes come and go with fascination. Now, as Office Manager at Tailwinds, she is pursuing her private pilot’s license. A mom of three kids under the age of nine, Bonnie loves cooking, relaxing at the Jersey Shore, and taking karate classes with her son. Though she’s new to flying, she has already grown to love the close-knit aviation community and can’t wait to see where this new chapter of her life takes her.

Ready to Become a Pilot?

Sign up for email notifications on courses, trainings and more.

For Flying Lessons
in Philadelphia call
215-677-1240
or email info@flytailwinds.com